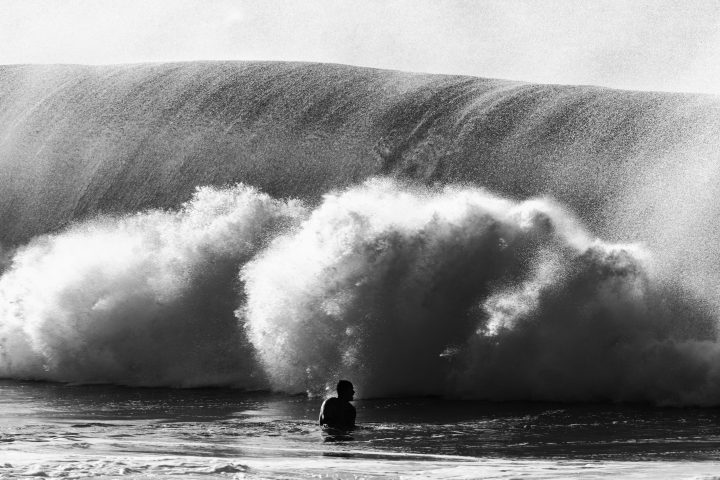 Sometimes these things happen. That’s the case with the four-month gap since my last post.

Fiscal year-end is always busy, but this year forced me to Oliver Pope like never before while trying to find a balance.

That required another break from the web, but, as Jewel mentioned to me this summer, it offered an opportunity to gain clarity and help me be more effective.

I thrive on executing well in all areas, so the kind words from my organization confirmed I had delivered: “Thank you for your patience, professionalism, willingness to help, great attitude, and expertise. We would not be able to get our job done without you.”

When a mentor called on a Monday morning in August or September to tell me about a promotion opportunity, I didn’t have much time to think about whether I wanted to apply since the application had to be submitted by that Friday. I felt obligated to apply to show gratitude for the notice, so I updated my resume and completed the application.

A few weeks later, I received an email to schedule a phone interview for the position.

Just before the interview began, a colleague called me with a work-related issue. I asked them to email me so I could investigate later. The interview began, and the three interviewers informed me they would each ask one question. That seemed easy enough. But I was thinking about how to resolve the problem from the phone conversation with my colleague when the first interviewer asked my first question, and it was at that moment I realized, “I’m not ready for this.”

I told my interviewers, “I’m not ready for this.”

They thought I meant the interview, but I let them know I wasn’t ready for that position.

When I said, “I’m not ready for this,” I meant it. But it wasn’t an inability to do the job. I’ve done that job in some respects, and I have no desire to do it even if it comes with a bigger paycheck.

What I do challenges me daily, and my days are never the same; I love that! I always remark, “Never a dull moment.” Some might consider that to be a snide comment, but I express my excitement in my days’ non-routine nature.

The promotion would have returned me to routine work. I wasn’t ready for that.

I’ve spent a lot of time in prayer and meditation, talking and listening to God. That has been the foundation that enables me to do everything else amid a world in chaos.

When Randall said, “I’m not falling apart. I’m not having a breakdown. I’m just really, really sad,” in the Season 5 premiere of This Is Us, I felt that.

COVID-19 infections continue to rise, and the coronavirus has claimed the lives of over 240,000 in the United States, hitting Black and Indigenous Americans the hardest, according to the American Public Media (APM) Research Lab.

Most individuals consider law enforcement officers’ role to protect and serve their communities’ citizens. Still, I can’t help but think of the 897 people police have killed this year, based on Mapping Police Violence data.

Black people are most likely to be killed by police, but the response to such acts differs greatly.

I’m a Black man, and I don’t want the police (or anyone for that matter) to kill anyone.

Thou shalt not kill.

I want to think the majority of people are like me in that regard. However, some Black people who scream outrage if police kill a Black person but are silent on the issue when a Black person kills another Black person. In my view, any killing, regardless of who did it, warrants the same outrage. A certain equivalence to humanity should exist.

Years ago, I wrote about Derrion Albert. Derrion was a 16-year-old honors student walking home from school on September 24, 2009, when he was beaten to death after a street fight broke out between two gangs. His killing was caught on tape.

I watched the footage, and it has stayed with me to this day.

In the ABC News article “How Viral Videos of Killings of Black Men Take a Toll on Black Male Mental Health,” author and psychotherapist Rwenshaun Miller remarked, “It hurts, but then also you’re feeling anger, and then you have a feeling of helplessness, because, what can we do?”

When I ponder the topic, part of me feels like I’ve been using work to distract myself.

Then I wonder whether that’s a good coping mechanism.

I don’t think we really understand the weight of asking Black people to go about business as normal when we know the world does not give a fuck about us. https://t.co/UyjROVYxdc

It’s hard to see so much death, illness, and uncertainty without feeling overwhelmed at times.

That’s why it’s so important to find joy where you can.

I knew there was a reason I hadn’t yet watched Beyoncé’s latest music video.

So after reading former NFL player Brian’s Urlacher’s thoughts on the NBA players’ protest following the police shooting of Jacob Blake, for a few minutes, I was able to bask in Black beauty and focus on only that.

Again, I’m not oblivious to what’s going on in the world. I’ve spent years writing and editing news stories about pain and tragedy. But everyone has their limits. As Cal Newport wrote, “You cannot exist in a persistent state of agitated distraction.”

There is so much going on that it sometimes seems to be too much.

In addition to meditating, praying, and working, I’ve also been reading.

I begin each day with the Bible and refer to it throughout the day with the wonderful YouVersion app and the Bible.com website. My faith drives everything I do, so reading God’s word is my foundation.

I also read books and online articles of interest.

So far this year, I’ve read a few diabetes-related books, including Mastering Diabetes, Bright Spots and Landmines, and Tested: How Top Achievers With Diabetes Have Succeeded and the Lessons You Can Use To Get Your Best Results.

I finally finished The Da Vinci Code and The Lincoln Lawyer, two books whose film adaptations I enjoyed.

Personal finance books like Kicking Financial Ass and Mud 2 Millions have helped inspire me to get serious about money management.

I’ve appreciated a few other recently read books: Luther: The Life and Longing of Luther Vandross, Robin Sharma’s The World-Changer’s Manifesto, Can’t Hurt Me, The Almanack of Naval Ravikant, and Take It Back.

I’ve also continued to add to my never-ending to-read list and begun to use The StoryGraph.

I stopped rating books and deleted my previous ones years ago, so Goodreads fails to provide solid recommendations any longer. Instead, I rely on what my friends are reading or want to read to find suggestions. That’s not the case with The StoryGraph; I don’t have to rate to receive recommendations. Plus, the stats are more advanced and beneficial than what Goodreads provides. I currently use both Goodreads and The StoryGraph, but I’m excited about everything The StoryGraph’s founder Nadia Odunayo and her team are doing to help track reading.

Speaking of tracking, I’ve been consistently working out and am on my longest daily Move streak (over 150 days and counting). I’m up to 8-mile runs for #SundayRunday in addition to bodyweight training, which greatly impacts both my mental and physical well-being. I love lacing my running shoes and hitting the road, but I’ll also hop on the treadmill so I can read or watch something while exercising. As a person with type 1 diabetes, my blood sugar levels could vary for myriad reasons, but exercise helps lower them and increases insulin sensitivity.

In all seriousness, this time has been an opportunity for reflection. Each day I’m able to awaken, thank God for allowing me to see another day, do meaningful and purposeful work, and have a good time with those around me is a blessing.

I’m not saying that to imply life has been nothing but wonderful for me; I’m reminding myself that life is wonderful, regardless of its ups and downs.

There is no plan. I’m just riding the waves. In the words of Kendrick, “But if God got us, then we gon’ be alright.” 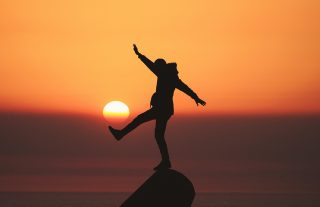 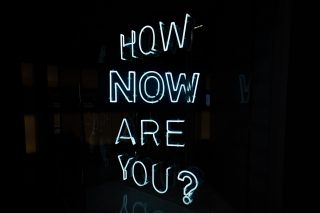 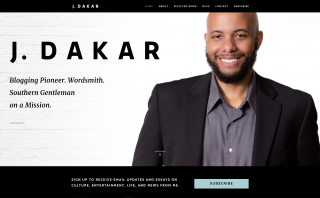